Be Careful What You Wish For

Last year, in late December, I put a status on Facebook commenting on our wonderful summer. We had had a sunny, mild lead up to Christmas and stunningly hot weather over the festive season. Several 'glass half empty' friends (you know who you are) commented saying it wouldn't count as summer unless it went on unabated for months to come. I replied at the time that the conditions they were wishing for sounded more like drought than summer - and lo, it came to be. It's a shame we can't assign a name to this drought, much like we do to hurricanes, because I could suggest a few appropriate monikers.


And so here we are, living as if we were in Alice Springs. Not allowed to put a drop of water on the garden unless we catch it first in the process of a now hurried shower, we are reduced to the living standards of our poor Australian cousins. There is a forecast of a little rain today or tomorrow, but so far the clouds look less than promising. I hope you lot are happy!

I really think this whole census thing is a lot of bother for nothing. Not as bothersome for us in 2013 as it might have been in the past ... 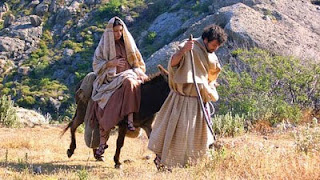 ... but bothersome nonetheless. It seems a very expensive way to collect spurious data. Sneaky smokers aren't going to admit their addiction on their forms, and a lot of people are filling in forms way ahead of census day, both online and off. I thought the whole idea was to get an accurate snapshot of New Zealand on March the 5th. I have not completed my forms yet, because to do so would assume certainty as to my whereabouts on Tuesday evening. Clearly there would have been no point in taking my ticket in last night's Lotto draw if I was assured it would not affect my personal living circumstances by Tuesday (although sadly it did not). And why print all these forms? Why not just give forms to people who are actually going to use them, not to all the online choosers.

Is this census really going to give us any data that couldn't have been sourced in far easier ways? For well over a hundred years we have been recording every birth and death. 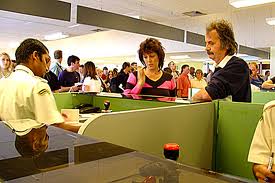 We count everyone who enters or leaves our shores. Surely the government could easily tally all this information and work out very accurately how many people we have, all up. As for the rest of the questions, couldn't a poll of a representative group (say 50,000 to be sure) produce the same results with much less fuss? Businesses and political parties seem happy with much smaller samplings from Colmar-Brunton and the likes. 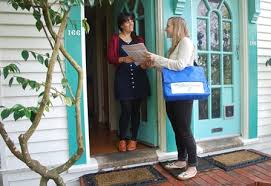 Still, I suppose it's providing employment to all those enumerators out there - this in itself it going to distort our employment figures marginally and fleetingly - which is why I'm giving mine a little on-going purpose in life by allowing her to return to collect the forms. I guess I'm just a people person!